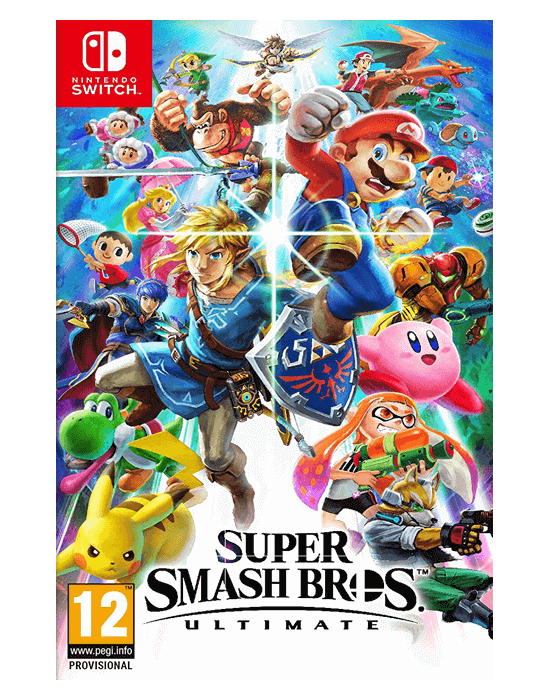 Super Smash Bros Ultimate, will include every single fighter ever featured in the series’ nearly two-decades run, making it one of the biggest crossover events in gaming history. Fans can enjoy returning favourites like Ice Climbers and Pokémon Trainer, as well as newly announced fighters like Ridley from the Metroid series and Inkling from the Splatoon series.

The game supports a variety of controller options, including Nintendo GameCube controllers (original or newly designed), Joy-Con, or the Nintendo Switch Pro Controller. With Nintendo Switch, players can throw down whenever and wherever they like in handheld or tabletop mode while enjoying online play.